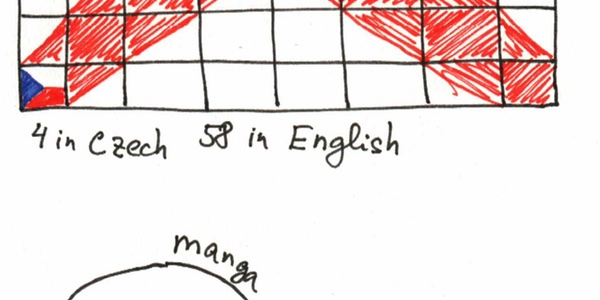 Despite my dyslexia I like to read books although I prefer to smell the books more. A year has ended, so let's look what I've read.

In 2018 I've read 62 books. Most of them a manga comic books (27 of Claymore series and couple from Noragami series). Looking back at the this visualization I am wondering if there's a some different and highly recognizable sign of Japanese comics than huge eyes. Quite frankly it's more of a stereotype than reality in quite a few mangas. I didn't want to use katakana or hiragana characters because if I read manhwa as well it would be confusing.

On the other hand I am not sure what's a typical signature artistic style for European and North American comics. In a lot of them, those which I don't like, is black space where instead of drawing anything artist just throws black ink.

My third, probably, controversial decision was to separate books which heavily rely on illustrations and aren't comic books.